How do you describe bipolar disorder to others who do not have it?

Most of the population experiencing bipolar disorder have heralded it as something “people can’t fully understand unless they have been through it.”  Being a member of that group, I can wholeheartedly agree. In my personal attempts to convey the complexity of bipolar disorder to a non-Dx person, I have found myself at a loss for words that would do it justice. Describing emotions is putting the intangible into context. 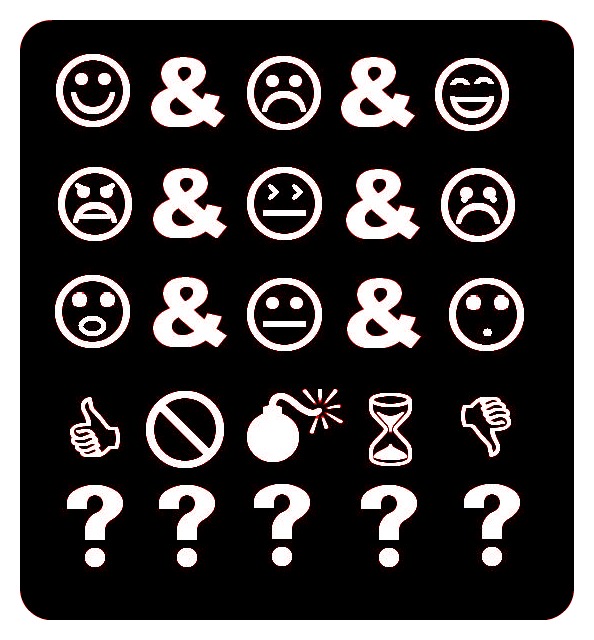 And so much more.

Even when I am successful at touching upon the idea, I am largely incapable of even scratching the surface. The intensity, duration, debilitation, and so many other aspects seem to get lost in translation. Non-Dx people are mystified. “I feel those things, too.” Every human being has emotions akin to those that are experienced within the spectrum of bipolar disorder. Non-Dx people cannot wrap their heads around the magnitude of what creates the dysfunction. “I can control them. Why can’t you?”

Frustration ensues. Such miscommunication is an extreme aggravation. Tempers may flare. “It’s not the same thing!” It’s the same animal of a different color. In essence, similarities can be drawn, but a fault line exists between the two.

I am empathetic to the plight of a person who suffers with bipolar disorder. I have experienced the rage that boils when I feel as if I a being dismissed or preemptively judged against an unjust standard. The words above send me into elevations, like a volcano spitting lava high into the sky. At this precise moment, communications break down entirely. All hope is lost. If the villagers don’t evacuate now, total destruction is eminent.

On the other hand, using descriptive language devoid of passion fails to drive the point home. To a non-Dx person, it is any regular conversation. Words are words. It does not have the demonstrative power of action. However, action is often misinterpreted more so than words. Too many questions arise. Why? Now, we’re right back where we started.

And extreme action is likely to be met with animosity or apathy. It is ironic that when a person has a severe bipolar episode, others often fall short of providing the appropriate responses. I’ve often encountered loved ones who laid certain claims; “I am not going to tolerate this behavior.” – “Get a grip.” – “I refuse to talk to you when you’re like this.” – “Get over it.” – “Are we going to go through this, again?” Resentment. That is what perpetuates throughout repeated episodes.

The schism between people with bipolar disorder an non-Dx people grows in breadth and depth. Communication is endangered, if not completely extinct. Isolation begins, and episodes worsen. Without a support system, a non-Dx person is likely to crumble. A support system that is non-existent in the life of a person with bipolar disorder is the quickest route to utter annihilation of oneself.

I have been there. Then, I managed to navigate my way back again.

Back to the original question. How do you describe bipolar disorder to a person that doesn’t have it?

In my experience, I have worked it out. Non-Dx people do have strong emotions. These are in response to serious situations. To them, they are overwhelming; to me, it would knock me flat.

I allow the non-Dx person to draw the comparison between emotions. It is a good jumping point, although it is likely meant as a retort coming from their end. “This is not an argument. This is a discussion,” I remind myself repeatedly when tempers start to flare. I continue with the following points:

My brain chemistry is unique in the way that I become particularly reactive. That is one of many facets of bipolar disorder. Extreme sensitivity to situations that provoke strong emotion.

This may be met with a usual, “Grow a thicker skin.” or “Let it slide.”

Recall a situation where you felt strongly about something. Like, when someone very close to you died. Or, you lost your job. Or, you found out that the love of your life cheated on you.

Imagine having those feelings arise without cause. Then, consider what it would be like to live months like that.

That is how I relate depression. Extreme feelings of worthlessness, sadness, and despair for long periods of time.

Now, remember a time where you felt the best you ever did. You got a promotion or bought your first car or house. Maybe the day your spouse said yes to your proposal or the day you got married.

Yeah, those were some great times.

Now, think of what it would be like to feel that way for a long time.

That’s the other side of the feeling good. It is being really irritable or angry constantly for a long time.

That’s part of living life with bipolar disorder. Did you ever have a time that you did or said something you regret because you lost control for a minute?

That’s what an episode is like. Struggling for control, every single day, because you can’t help the way you feel.

It puts the person in your shoes for a second. It helps them cultivate an understanding of the intensity and duration of human emotion that creates the dysfunction. This dysfunction has a name. It’s called bipolar disorder.

Now, I want to know. How have you gone about relating your disorder to others? It doesn’t have to limited to bipolar disorder. Non-Dx people and people of different Dx’s all have trouble relating to disorders. How do you explain what you experience?

10 thoughts on “The Bipolar Language”

Any thoughts to contibute? Cancel reply