The anxiety bubbled up like kitchen fires, one stove after another.  All I could possibly do was frantically run around, futility attempting to put them out, one at a time. No amount of benzodiazepines could erase the scene, etching itself deeper into each fiber. The machine continued to manufacture scenarios airing on screens in the kitchen, with fire surrounding me. Exits blocked with debris, I released my death grip and let my towel drop. And I came tumbling after.

Fire is often revered as a destructive force. It is known to get out of control. We’ve all been burnt. Direct exposure can do a great deal of physical damage. All too easily, something becomes engulfed and is reduced to ashes and a memory.

What about when the flames lick and surround your mind?

It thawed the thin layer of frost encasing my mind. Synaptic pathways lit up like an accelerated scene of a busy highway. The blaze trailed into my heart, sending sparks and cinder flying. Emotions bubbled and boiled over the lip of the cauldron. The scalding liquid poured into the deepest recesses of my soul. It radiated throughout me. I stood in my past, present, and future.

The nature of a fire is ever evolving.

Music is a language unto it's own

A representation of my typical day

This is a picture that includes actual items from my life, strewn across my desk. Because, yes, I have to work from a student’s desk, because I do have one of my own. It represents the chaos in my life that happens in high contrast.

There is a light in everyone's life that beckons.

This was pretty interesting. My classroom has two sets of lights and kind of a staging area. It was specifically built for music / drama. The light that was photographed was from the stage lights, and enhanced to appreciate the effect of the light. 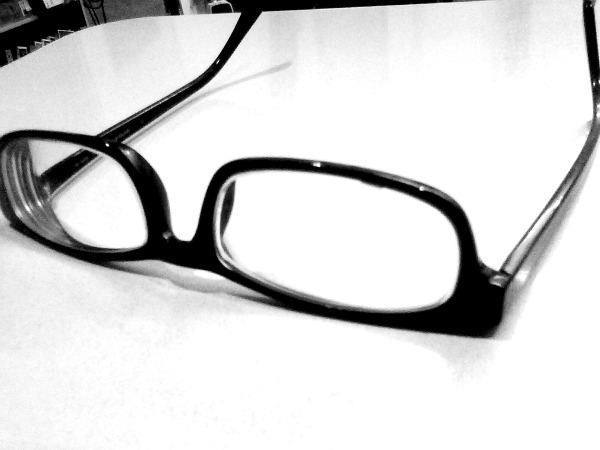 We all see through different lenses.

These are actually my very own pair of glasses. It is a very unassuming picture, taken on the same desk. It was altered for the viewer to appreciate the high contrast between the dark frame, clear lenses, and white table. 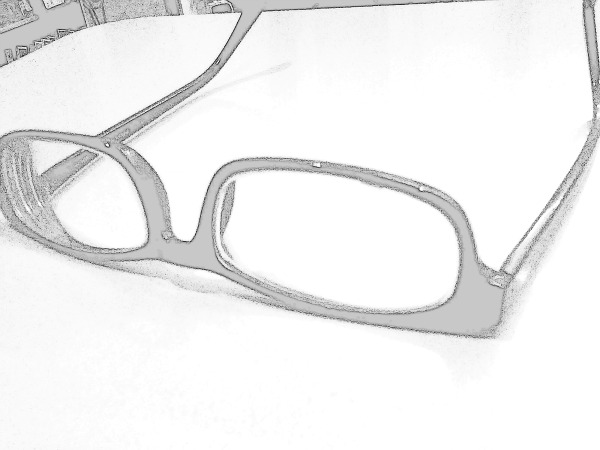 Sometimes the perspective is kind of sketchy.

The very same photo was enhanced with a sketch modification. It relates that the views from the lenses may be quite different from the reality.

There are many pieces to my puzzle.

I am very adamant about preserving my anonymity. Yes, this is a photo of me. I felt that it represented a fraction of who I am. And that’s really all I can share with others as Lulu is just a fraction. However, this gives the viewers a glimpse of the woman behind the screen. By the way, this photo was only doctored to adjust the contrast, brightness, and focus.

The Grey Season in Pittsburgh

I have often referenced the seasons in Pittsburgh. The Grey Seasonis the season between the vibrant autumn and the snowy pillows of winter. Pittsburgh has two of these seasons, one in May and the other in March.

To protect the things most precious and invaluable.

This is one of my absolute favorite pieces of graphic art. It happened by accident. I was taking a photo of a masterlock on my chest, and it turned out like this. I made a few adjustments, and here it is! It is a representation of how beautiful things can happen by accident, as well as the locks and chains we put on ourselves.

“Art will come when art is good and ready.” – Squidward

The inferno drove me uptown. It evaporated the misty rain on impact. It swirled through the vicious winds. I was in my doctor’s office, holding steady at a simmer.

“The results from your surgery are good. No malignant cells should remain. We’ll see you back in six months!”

I sparked and crackled. After four years, ten pap smears, five biopsies, and two surgeries, it’s gone. I didn’t even care that she told me I’d have to take the next week to listen to my body and work back up to my normal level of activity. It doesn’t matter that it will take two to four more weeks before I stop seeing side effects. The full heal will happen over four to six months, but that doesn’t even touch me. It was all incinerated at the news that I finally beat cervical cancer.

This is absolutely the best news I’ve had in about five months!

Dozens of people poured out their relief, joy, and congratulations. But the one person who counted seemed to have little to say on the subject. Instead, he dragged his soaken blanket through the inferno that warmed my entire world. I felt the fire grow out of control with fury. He was so wrapped up in the escalating lawsuit and a serious situation at work to bat an eyelash. He’s been with me for the entire four years. And yet, the fire couldn’t penetrate the cold steel he encased himself in.

I fueled the fire. I threw in every flammable object I could read to keep it going. Because now that I have it, I will not let it be stomped out again.

9 thoughts on “Touched by Fire”

Any thoughts to contibute? Cancel reply